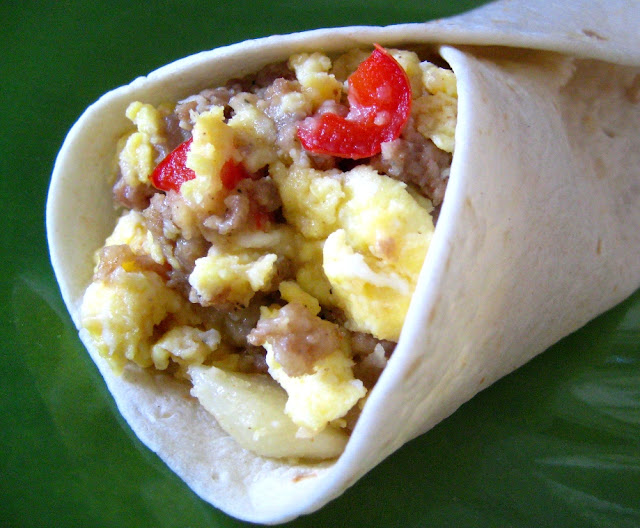 Growing up in the Midwest in the 60s and 70s, and then moving to Southern California in the early 80s was quite the Culture Shock.

I soon grew accustomed to the fashion styles and funny California accents, but  was still simply amazed  with the whole Breakfast Burrito concept.

Growing up in Kansas, our breakfasts consisted of, Waffles, Biscuits & Gravy, and of course Pigs in a Blanket.

My trips to Del Taco drive-thru became more and more frequent.  Each time, leaving there thinking "Breakfast in a Burrito form, Amazing!"

Man, California is light-years ahead of the Midwest.  Nothing like that existed in my Kansas world growing up in the 70s.  Nothing.

Moving back to Kansas in 1992, I proudly carried back my recipe for California Breakfast Burritos.

It's been 20 years since I've moved back, and I still make these for breakfast OR for dinner.

Moving back from California, I now thought I was all cultured & stuff.  After all, it was "I" who brought the Breakfast Burrito to the Midwest!  (Well not really, but let's just go with it for the sake of this blog post) 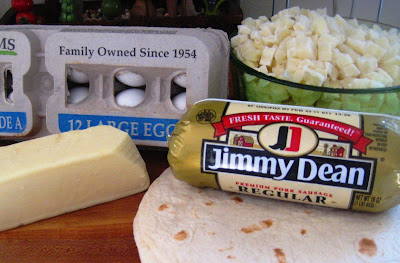 In a large pot, preferably non-stick, throw in your half stick of butter and your 5 cups frozen hash brown cubes. Turn your stove to the 6 dial (medium heat).

This part is the slowest, trickiest part of the whole recipe.  These little frozen potato cubes tend to burn quickly on the outside, while remain hard on the inside, and tend to stick on the bottom of the pan if you don't pay close attention.

I find it best to cook them slowly, with the lid on for steam reasons, and stir them quite often.

Once they are tender all the way through, take them off the stove and throw them into a large bowl to hang out.

Now in the same pan, throw in your sausage, onion and red peppers.  Turn your heat up to Medium High and cook until sausage is brown.  While browning, take a wooden spoon and break up the sausage.  Break break break it up until there are no large clumps.

When browned, throw it in the same bowl as the hash browns, and let them just hang out.  Like California surfers do, waiting for that big wave. 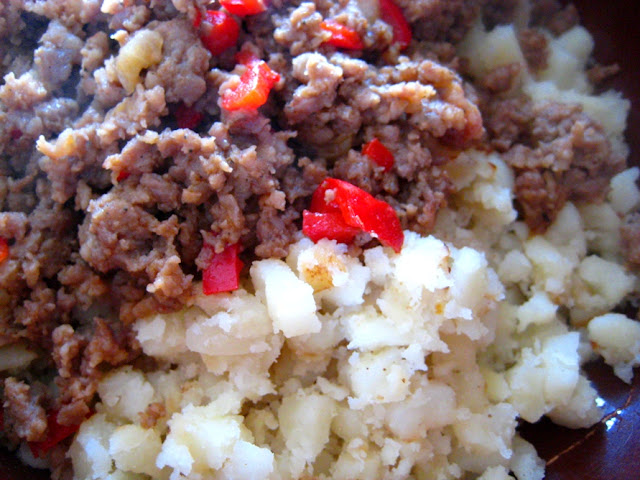 In a large bowl, crack open your 9 eggs, and throw in a splash of milk.  Whisk away like you're making scrambled eggs.

Throw in the egg mixture into the big pot.  There should be enough oil in the bottom from the sausage so the eggs won't stick.  If not, then just spritz it with a spray of Pam.

Scramble those eggs, and once they are done, toss back in the sausage and potato mixture.

Now is the time to put in your shredded Monterrey Jack cheese.

Turn the heat down to low, and stir until cheese is melted.

To assemble the burritos, I like to pop the tortilla in the microwave for about 8 seconds, so it gets all soft and bendy.

I also like to use the small tortillas.  I know I know, they are called Breakfast "Burritos", but that's what they did in California in the 80s, so just do it.

Place mixture down center of tortilla and roll er up. 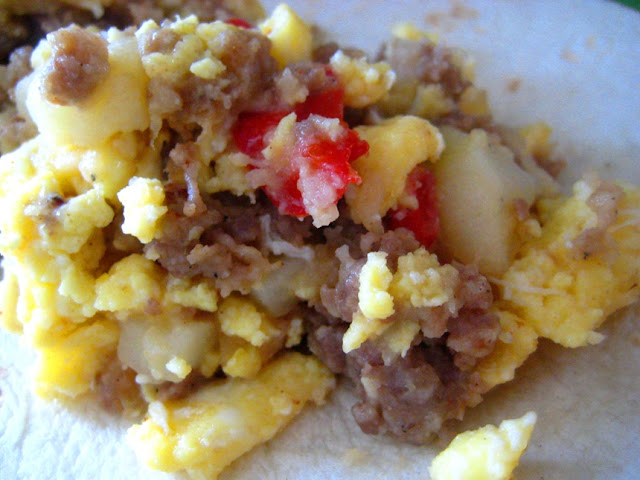 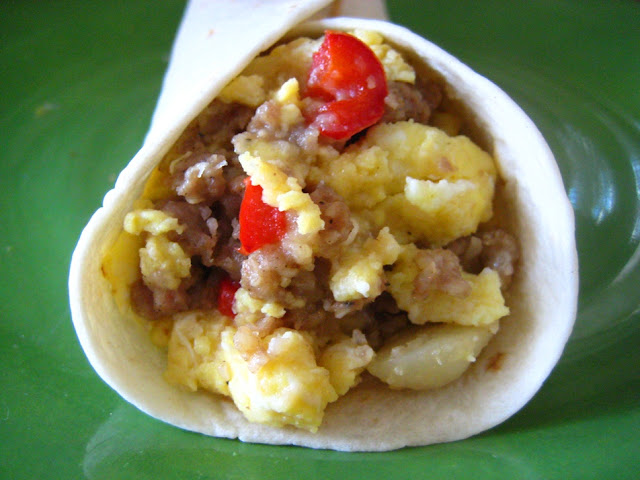 You can be like the Californians and top with Salsa, or be like me, from Kansas, and top it with Jelly (can't take the Midwest out of the girl, sorry, I love jelly on my breakfast burritos)

Breakfast Burritos might not be a "new" concept to people anymore, but to me they are still a delicious change-of-pace to the boring old breakfast. 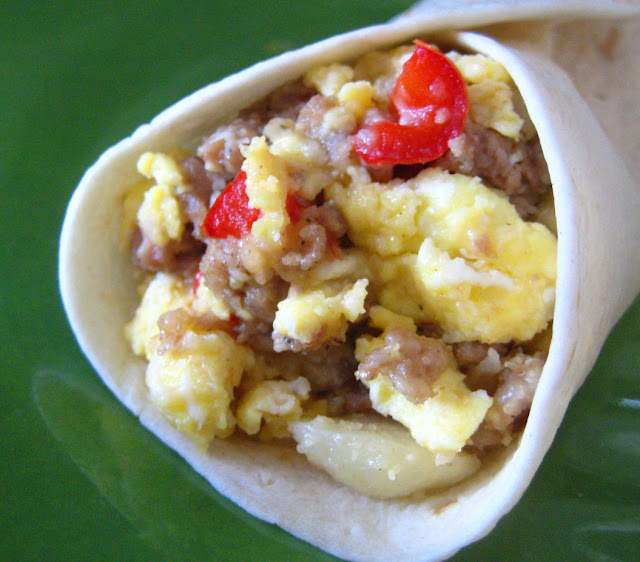